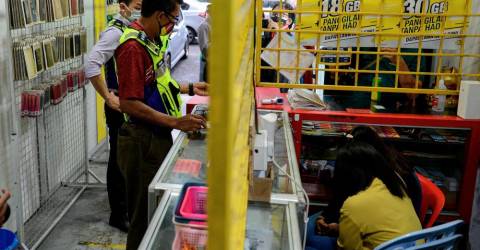 He said in the 5.30 pm operation, the police also seized, among others, cash amounting to RM5,060, 11 phones, 50 pieces of printed paper, 10 mobile printers and two pencils.

“Preliminary investigations revealed that the premises had been in operation for the past three to four months.

“The premises were used to carry out online gambling without a licence. One of the suspects, a woman, had been arrested on three occasions, including today, for the same case,” he said at the location of the raid.

Abd Khalid said that all the suspects were taken to the Subang Jaya district police headquarters for further investigations.

“They were also detained under Section 22 (B) of the Prevention and Control of Infectious Diseases Act 1988 for disobeying the Movement Control Order,” he said.- Bernama