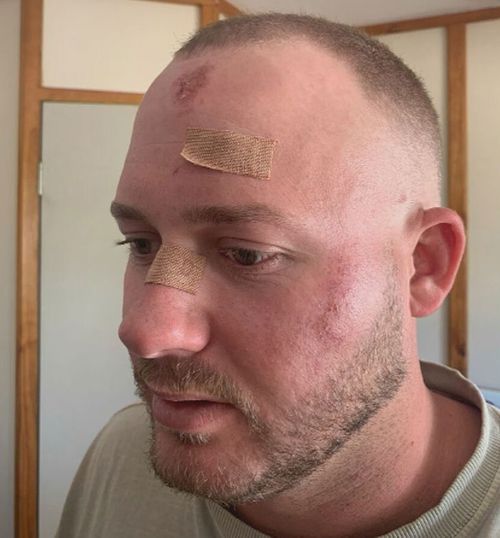 Police say 70 people were involved in the affray, with photographs showing two people standing on cars as security guards appeared to watch on.

Injuries ranged from black eyes, to broken bones and bleeding on the brain – all in front of young children.

“The kids saw their dads getting pulled into this group and beaten so they were absolutely distraught,” a witness told 9News.

A newly married couple, who don’t want their faces shown, told 9News they were on tour buses with their wedding guests when they were ambushed.

“It was horrendous – there were people on the ground getting kicked their heads stomped it was disgusting,” they said.

Multiple cars were trashed, with mirrors snapped off and used as weapons.

“It appears that both groups arrived intoxicated, both were alleged to be on these so called party busses,” WA Police Commissioner Chris Dawson said.

Injuries ranged from black eyes, to broken bones and bleeding on the brain – all in front of young children (9News)

Today WA’s top cop called for a crack down on the party bus industry.

“Those operators… I am putting you straight on notice right now,” Com. Dawson said.

“If you’re going to continue operating these businesses in this way, you’ll find there is a police car following you — and your patrons will get very strong police action.”

He’s pushing for party bus operators and their drivers to be liable for criminal charges. 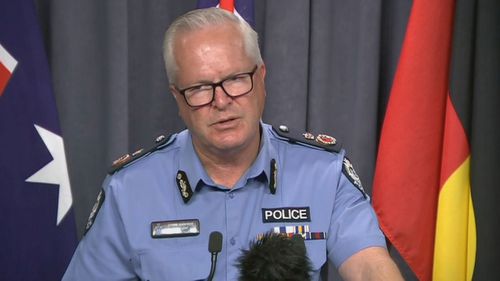 “(I’m) not trying to be anti party but this is violence, this is not partying,” Com. Dawson said.