Celebrities are not your friends: the danger of parasocial relationships - Whitman Pioneer 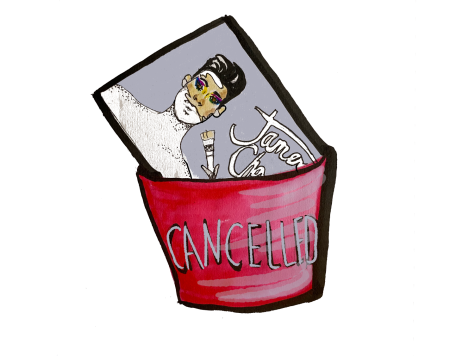 Recently, the term “comfort person” has gained traction online.* Open this thread if Harry Styles is your comfort person!, urges a Twitter user, followed by images of the singer and reminders that “he loves you!”

“Stan Twitter,” a subsection of the website in which primarily young people have formed communities around their love of a celebrity or piece of media, seems to be populated primarily by teenagers and young adults who are seeking comfort and stability. Here, public figures adopt a sense of authenticity that often allows them to act as surrogates for real-life friends and mentors. This phenomenon called parasocial connection has been present for years and has surged with the rise of social media, but the phrase “comfort person” makes it disturbingly explicit.

In contrast to a “comfort book” or “comfort movie,” which are fixed and easily interpretable, celebrities are autonomous, ever-changing, and they exist beyond their carefully curated internet personas. As a result, when young people depend on these celebrities for emotional stability and comfort, they are often deeply upset when their projected perceptions are proven wrong.

In 2014, a mugshot of teen idol Justin Bieber circled the mainstream. Devastated fans stayed home from school, burned their Bieber merchandise and in extreme cases, circulated images of their graphic self-harm in response to Bieber’s purported betrayal. Former One Direction member Zayn Malik’s departure from the band caused similar emotional upheaval, uprooting what had become the primary source of stability for millions of young fans.

Social media’s evolution has made this phenomenon even more extreme: Public figures, especially those with young, tech-savvy fanbases, take to Instagram and Twitter to interact with their followers and form connections that are fleeting on their end and deeply intimate on the other. Digital fame has evolved from manicured YouTube videos to conversational live streams. Creators are selling “authenticity,” and teens are buying it en masse.

Why is this dangerous? After all, during this past year of uncharted uncertainty, young people need an escape, a source of happiness to anchor them, sure. But when benign escape becomes maladaptive escapism and on-screen celebrities replace reciprocal connection, a clear issue emerges. The celebrity becomes a sort of transitional object, providing psychological comfort in times of turmoil. However, unlike a well-loved blanket or familiar television series, a public figure cannot supply the consistency needed for a healthy, long-term dependency.

For example, in recent months the general public has turned more intentionally towards social justice. Given the unique circumstances of our current time, much of this reckoning has occurred online, with an emphasis on holding celebrities accountable for past transgressions. Many have been “canceled” as decade-old offensive Tweets have resurfaced, much to the devastation of their fans. Young fans express disappointment, confusion and a sense of betrayal. After all, they have constructed precise images of their idols, and shattering the illusion is jarring.

This serves as a stark reminder that these celebrities are not their friends, and destroys the comfortable consistency that fans have found as a means of escape. Especially when an online community has become someone’s main source of community and interaction, the “cancellation” of an idol can feel all-consuming.

There is no clear solution to this predicament. To some degree, escapism is natural and even necessary, especially when the real world is scary and unfamiliar. Perhaps we need to acknowledge obsessive internet usage as an issue about more than a simple lapse in time. It can become a major emotional issue as well, one that evolves each day as social media weaves itself more thoroughly into our lives.

*The term “comfort person” within this is article and throughout social media is used within a different context than its historical roots.

Celebrities are not your friends: the danger of...

3 Walking daily may lead to a longer and healthier life,...