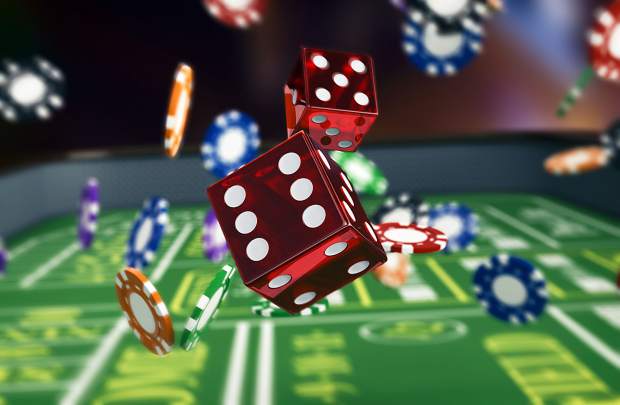 EDITOR’S NOTE: The story below outlines 2020 calendar year statistics as reported by the Nevada Gaming Control Board on Jan. 28. This is not to be confused with the annual Nevada Gaming Abstract, a 179-page report released Jan. 22 that includes data on revenue made from gaming, rooms, food and beverage, and other sources by the state’s largest casinos during the 2020 fiscal year (July 1, 2019 – June 30, 2020). That report indicated revenue dropped to $18.3 billion in the 2020 fiscal year, down 25.2% from $24.5 billion in the previous year. Go here to read that story.

Casinos won just $7.87 billion for the year, compared to just over $12 billion earned in calendar 2019, according to recent statistics from the Nevada Gaming Control Board.

That is the lowest annual statewide total for a calendar year since 1997, according to the state’s December gambling report, released Jan. 28.

It marks the first time since calendar year 2008 that every market in the state recorded decreases, which Nevada Gaming Control Board Analyst Mike Lawton said was a direct result of the closure of casinos for 78 days from March until June, as mandated by Gov. Steve Sisolak due to the COVID-19 pandemic.

Hardest hit was the Las Vegas Strip, where total win fell 43.3% to $3.73 billion. Both slot win and games win were down more than 40%. Some Strip casinos remain either closed or operating with weekday shutdowns.

Western Nevada casinos also suffered from the closure but not as dramatically.

The Carson Valley Area, which includes valley portions of Douglas County as well as the capital, reported total win of $89.6 million. That is down 19.5% compared to 2019’s $111.3 million. Game and Table win fell 46.7%, but games play makes up only a small percentage of the area’s gambling win.

South Tahoe casinos at Stateline saw win drop 19.3% to $182.16 million from $225.6 million a year ago. The decrease was evenly spread between slot and games play.

In Washoe County, the overall decrease was 21.1% — $675.99 million compared with $857.2 million. Percentage-wise, the hardest hit Washoe market was North Tahoe at Crystal Bay/Incline Village. Win dropped 26% there for the year to $18.69 million compared to $25.3 million a year ago. North Shore has recorded just four annual increases in the past decade.

But Washoe also had the reporting area with the lowest YOY percentage decrease of any area in the state. The Balance of County category — which includes casinos outside Tahoe and the Reno-Sparks core — was down just 7.7% to $61.3 million.

Slot play was dominated completely during the year by the new, high-tech penny and multi-denominational machines. Each of those two categories of machines generated more than $2.35 billion in win in 2020, accounting for $4.73 billion of the total $5.4 billion in slot win.

The sports pool, which has grown dramatically especially since authorization of mobile apps to make bets, contributed $262.7 million, just a hair behind Craps at $264.1 million.