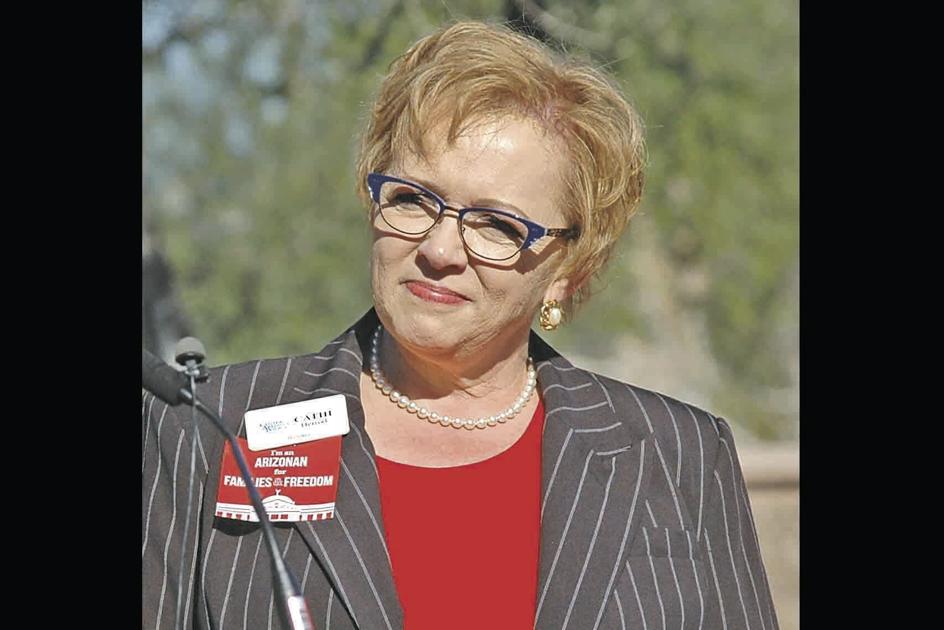 Gov. Doug Ducey wants to open the door to allowing Arizonans to bet on sports, fantasy leagues and even instant keno games.

And he wants to allow mobile devices to be used to place bets.

And all of that would be available off reservation.

Now he needs the Arizona Legislature to go along and repeal the laws that now prohibit such gambling.

In a document to lawmakers, the governor said he has negotiated a new compact with Arizona tribes which now gives them the exclusive right to operate casino-style wagering in Arizona, albeit with certain limits.

The deal, he said, will result in both more revenue for the tribes and more money for the state which currently gets a share of tribal revenues.

“A lot has changed since the first compacts were signed, back when cell phones weren’t the thing they are now,’’ he said. “The world looks a lot different today and our proposal is intended to reflect the way people live their lives today.

What gives Ducey the opening is that the current 20-year compacts, approved by voters in 2002, are starting to expire.

The tribes are interested in keeping the revenues flowing. And for the governor, revised compacts are a way to generate additional state dollars not only without imposing new taxes but potentially providing cash for the tax cuts he wants lawmakers to enact this year.

What’s also helping is that the U.S. Supreme Court in 2018 struck down a 1992 federal law forbidding most states from allowing such wagering. The majority concluded that the Professional and Amateur Sports Protection At is an unconstitutional move by Congress to tell states what they can and cannot do.

Ducey has long been interested in generating additional dollars with expanding gaming, saying at the time it creates “a significant opportunity’’ for the state.

Ducey attempted in 2018 to fund part of his teacher pay package by convincing Arizonans to play keno, a game in which players choose several numbers and wait to see how many match those generated by a computer. Keno already is an option on reservations.

But the plan for off-reservation keno, run by the Arizona Lottery, had to be scrapped after it appeared to run afoul of the existing tribal compacts which prohibit the state from running new games that were not already allowed when the 2002 deals were approved.

New compacts provide new opportunities for change as long as the tribes also see it in their benefit.

The bigger change would be in wagering on sports.

Karamargin would not say whether this would be limited to professional sports or whether there also would be opportunities to bet on college games, just as there is in Nevada.

There already is off-reservation sports gaming of a sort in Arizona.

That’s not just horse racing and placing bets at the tracks. There also are more than 50 off-track betting sites scattered throughout the state, mainly at bars, where Arizonans can now place bets not only on the ponies running in the state but on horse and dog-racing throughout the country.

Vince Francia, general manager of Turf Paradise, which runs most of those OTB sites, said he is counting on getting a piece of that sports wagering.

Ducey, in his message to lawmakers, said his goal is having expanded gaming that is “limited and well-regulated.’’ Francia said that’s where the OTB sites fit in.

“It’s already regulated by the state,’’ he said. But Francia said it’s also financially beneficial to the state.

“It gets the product out to the most number of people in a very efficient way,’’ he said.

There was a prior effort in 2019 to allow wagering on sports events.

The proposal by Sen. Sonny Borrelli, R-Lake Havasu City, would have allowed each tribe to operate multiple OTB facilities at bars through the use of remote devices or kiosks, with the state getting a share of the amount of money wagered there. He envisioned about 100 of these sites.

But that plan fell apart when Ducey said he wanted any such plan to be part of the renegotiation of tribal compacts and not a separate efforts.

Any plan for expanded off-reservation gaming could generate opposition.

In 2018, when Ducey sought keno to fund teacher pay he drew fire from Cathi Herrod, president of the Center for Arizona Policy.

“Keno is predatory gambling,’’ she told Capitol Media Services at the time. She said in other states keno tickets are sold in “family-type restaurants’’ and sports bars, making multiple-per-hour drawings particularly addictive.